Home>Business >Wisdom of the Waves – Lessons for Life
06 May In Business, Corporate/Motivational Speaking, Miltary/Veterans, Mobility Awareness, Spinal Cord Injury, Sport, Think About This, Travels and Adventures by Mike Savicki

Wisdom of the Waves – Lessons for Life 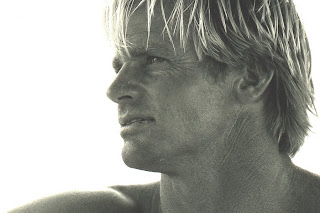 Surfing legend Laird Hamilton says the ocean is one of the greatest teachers. “Simple laws and philosophies can be traced to the purity of the ocean,” says Hamilton, who created tow-in surfing, in which surfers are towed like water skiers into massive waves.

His documentary “Path of Purpose,” which raises awareness of autism, aired on the Sundance Channel. Hamilton says in every venture, every new experience, he applies these lessons he has learned on the water:

1. KNOW THAT YOU ARE A SPECK ON THE WATER. “The ocean’s vastness reminds you of your insignificance. It’s like a grounder. The ocean has been around long before people got here and will be here long after. The humility you learn from being in the ocean is a constant reminder of your vulnerability.”

2. GO BIG OR GO HOME. “You can’t kind of catch a wave. You either catch it or you don’t. It’s a commitment. That’s just like anything else — you either go or you don’t. He who hesitates is lost in the end.”

3. LISTEN TO YOUR GUT. “You have a feeling about things. You think something doesn’t feel right, then you look and see a shark. As a species, humans are growing away from listening to their instinct. It’s a learned skill based on survival and then reacting. The more you listen to your instinct and then react to it, the more you awaken the spirit, and that helps you make good decisions, no matter where you are.”

4. UNDERSTAND YOU’RE NOT IN CONTROL. “Being a human, you want to think you can control circumstances. It’s cold, so you turn on the heat; you’re hot, so you turn on the air conditioning. The ocean reminds you that you really don’t have any control: It’s in control when you’re in it. The sooner you embrace that, the easier it will be in other aspects of your life.”

5. GET WET. “The ocean is a healer, big-time. We just don’t have any idea of the magnitude of what the ocean provides us. If you just go down to the beach, go out to surf and come right back in, you feel better about yourself. If you ride a wave, that’s just icing on the cake.”

6. PUT THINGS IN PERSPECTIVE. “People talk about their problems. Stuck in traffic? That’s not a problem. Don’t know how you’re going to pay your bills? Not a [life-or-death] problem. A problem is when you’re 80 miles offshore and have no way to get back.”

7. KEEP LEARNING. “Surfing is probably one of the most difficult sports. There are no referees, no timeouts. [The waves don’t] care about your bank account, your ancestry, your intelligence. It’s just you working the water. And the more I learn, the more I don’t know. That’s an ocean lesson.”

8. BE DETERMINED. “With determination, most things will be quite easy. You go out and get hammered by a wave and then by another one and another one, and you think, ‘OK, I’m still here.’ And then you get a good wave, and you’ve made it. The one thing that’s great about surfing is that there’s no right or wrong way. ”

9. DON’T GET STALE. “Ideas [about new surfing techniques and new sports] come out of boredom and my desire to be passionate. You have to figure out ways to make things exciting and interesting. When something I’ve been doing for a while becomes popular, I’m beyond it. So by default, I end up being different. It’s that whole desire to keep inspiring and keep renewing your passion.”

10. DON’T JUDGE. “The ocean is non-judgmental. It doesn’t differentiate between you and the next guy. I want to be a little more like the ocean — not judging people who have an opinion. One of the most important lessons I’ve learned is that we’re all equal before a wave.”